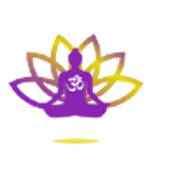 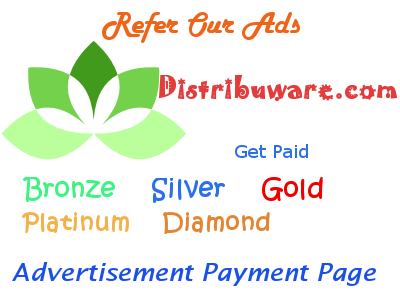 In today’s Internet, we have reached the stage where distinct and precise advertising must be achieved. It is not the big advertising companies and TV commercials which cost hundreds of thousands of dollars and with very little returns on that investment. It is also not exactly the big search engines of the Internet.  If we notice social network sites have taken over from the big search engines in naturally advertising goods and services of merchants. There are other good mixes of social network sites which have taken over the merchant advertising.

Since the advent of affiliate, referral and network marketing/advertising, advertisement costs have been reduced and with remarkable success. The Internet itself is better than TV and Radio commercials which one sees and hears but as soon as the ads disappear, one forgets them until the ads appear again. This repetition cost lots of money to advertise by the merchant. The Internet offers constant and stable commercials at much lower rates.

The Internet is really about people interacting with each other in conversations and making friends online and possibly enemies as well. However, given the nature of Distribuware Advertising, we prefer to make friends rather than enemies. Hence the use of social networking has been tremendous. However, when it comes to advertising on social networks which involves income and money, most social networks frown at this if their blogging members do it for free on the blog. This is understandable as well. Because social network owners and operators want to keep the advertising dollars, by allowing big companies to advertise using the social networks. Social networks allow millions to open an account for free, then the networks go after the millions of dollars obtained through merchants advertising on their networks. Still this method has very negligible effect for merchant advertisers. Why? Because the ads are not easily seen by the general mass (billions now) of bloggers and Internet users. In this way, the advertisers pay for everything on the social networks but none of the money trickles down to the millions of human beings wasting time on those social media sites. Only social media site owners gain, and the merchants do not get sufficient coverage for the cost of ads. That is a waste of funds and it puts money into one bank account belonging to the social network owner. Why make one person richer and richer. Why not spread the wealth more evenly?

Here is an Opposing System of Funding Advertisers and their supporting Distributors.

Distribuware Networks Systems aims at bringing all these selfish individualistic attitudes together in the way we have designed our Distribuware Advertising, social and financial returns network systems. We therefore see the need for freedom of people to join, but at the same time if people also pay to join then they could be given the opportunity to place advertisements of their choices due to the advertising designs of our networks and be reimbursed many times over by others. If someone joins for $150.00, another person or two can sign up using the existing member’s Advertisement Payment Page. In this way, the existing member can be in the program for free just after two fully paid referrals and still benefit equally as others who have received much and paid little. Advertisers can also be persons and legal entities. They also need to converse and convince others of their offerings in many ways. They are treated equally as all persons socializing on a social and economic network. Distribuware Networks Systems is both advertising for individuals who wish to advertise something and businesses who also wish to advertise and sell something. When both come together, there is no other greater advertising campaign than this meeting of the like-minded. Distribuware Network Systems brings people together with businesses, all of whom need each other all the way to their individual bank accounts. This gives a balanced distribution of wealth in the 21st century.

Suppose an Advertiser promotes hot selling products and services, which all Advertisers should strive to meet. This Advertiser becomes popular among the members. Other less popular members both from Advertisers and Distributors are free to sign up under the hot selling Advertisers or distributors but only this time they should simply become Distributors and thus help to advertise the hot selling Advertisers’ advertisement pages. This can help the unpopular ones to add some income to their portfolio. At the same time, they can learn why the Advertisers have become very popular. There can be many reasons for their popularity. The chief one may be that the Advertiser gives many gifts away and give the best discounts or best prices. The ones who gives the most gets the most in this system. It could be the approach in referring others.